Earlier today I posted about Christmas coming...another sign of the big day approaching is Basket Brigade! 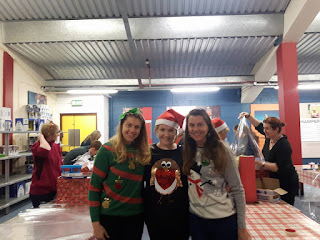 Basket Brigade is the last Sunday before Christmas and Enid, Alice and I make a whole day of it 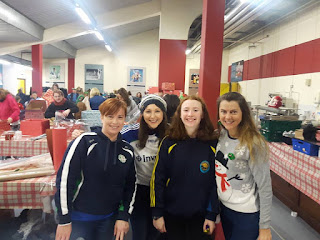 I met up with the kayak club/canoe polo regulars - Michelle, Eibhlin and Holly.
It was though my kayak club/Eibhlin that I got involved in Basket Brigade - 6 years ago!!!
Missing from the pic is another polo girl Caitriona who couldn't make this year.  Am sure she'll be back next year!
This year we packed and delivered 180 hampers to people in need around Dublin - and this included 20 hampers to Apollo House. 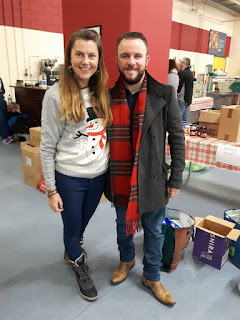 Fair to play Deco from Fair City coming along to support :-)
David O'Sullivan was involved in the financial fundraising over the last few weeks (with George McMahon and the amazing Keith Duffy - who made a really really generous donation) and then came along this morning to help out which was nice of him.  Me, being a massive FC fan, grabbed him for a photo the second he walked in lol. 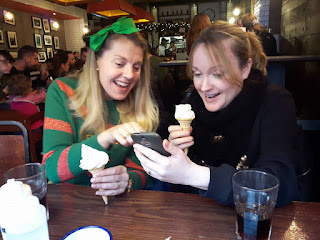 This afternoon, as is our usual tradition we then went to Pitt Bros. for lunch and ice cream.  This photo is of Enid, showing Alice a hilarious photo with an extremely hilarious story.  We won't forget it in a hurry...that's all I am saying!!! 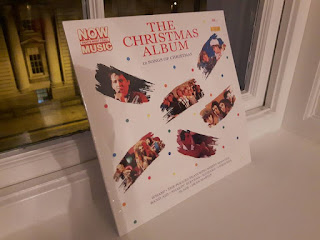 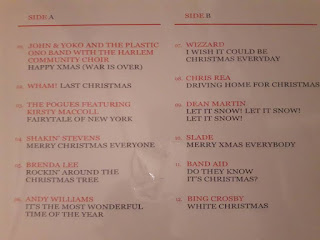 I spent the remainder of the afternoon/evening listening to music, wrapping presents, and lying on the couch reading books.  Heaven!