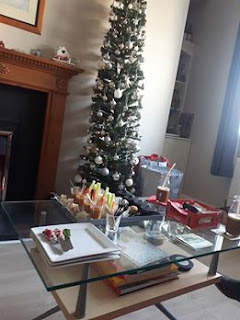 Christmas Eve, I had mam and Katie around for some drinks and nibbles.
Later that day I met with a friend and went to the busking on Grafton Street.  No Bono this year! 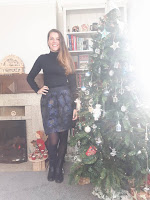 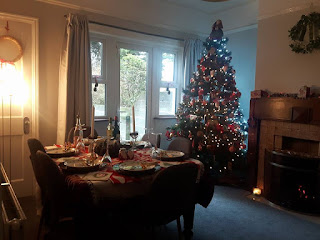 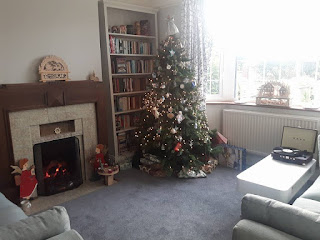 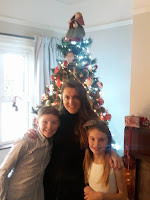 The kids were in great form and Santa had been very good to them. It's always good to see them on Christmas morning. 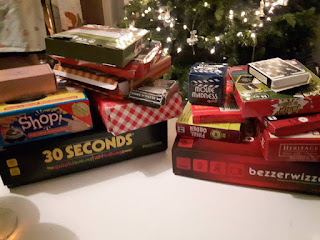 As usual we played The Games.  On Christmas day we mainly did charades and quickfire quiz games.  On Stephen's we played a marathon of Trivial Pursuit which the team of Cousin Sean and Aunt Mary won. 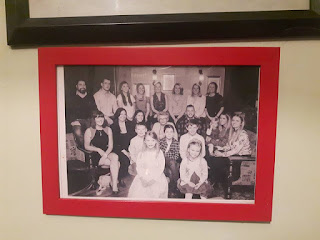 After an emergency visit to the dentist on St Stephen's day - THANK YOU for driving me Cousin Kasey!!!!!! - we called into my Nana's.  I hadn't seen this photo before, it's my Nana at her 85th (a couple of years ago) with a lot (most? some?) of her grandchildren and some of her great grandchildren too.