Figured I'd catch up a little on some blogging and post some photos from the Christmas holidays. 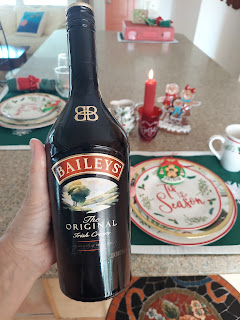 Christmas morning!
There were nearly tears when I realized that we hadn't bought the Irish customary bottle of Baileys and the one thing I was craving on Christmas morning was Baileys coffee.  Patrick saved the day! Out of the corner of my ear I hear him on the phone saying "great, thanks I will be there in 20 minutes".  He had rang his friend who had a bottle and he nipped over to get it for me 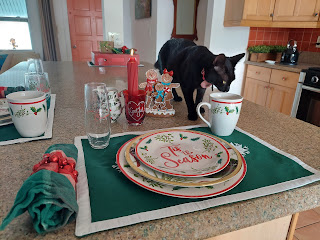 Look at this bold thing. 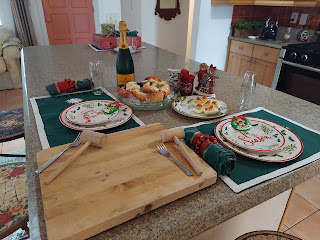 Christmas Day dinner!  Crab claws and devilled eggs and a bottle of bubbly.  The crab claws were HUGE and to be honest, four each ended up almost too much.  They were delicious but very rich also - hence four almost being too much. 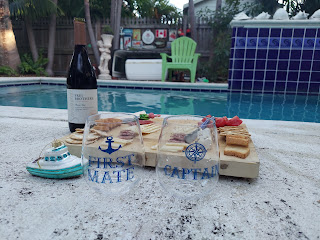