If you've been following my blog you will know that I'm terribly fond of my bathroom and it's 1953 tile work.  Well recently we had a bit of a shock when a pipe related to the sink completely disintegrated and there was talk of the whole wall/bathroom needing to be torn apart to fix it.
So as much as I love the bathroom and didn't want to have to do all that work...I admit I did get a little caught up in the prospect of a new bathroom and did do some googling of modern styles etc.
It turned out to be an easier job (although still a little complex) and while it took time and labour, no major construction was needed. Phew.
So next thing I started thinking of, was to put a crazy patterned mid century wallpaper. Patrick wasn't entirely on board with the idea but he said he didn't mind too much either way also. In the heel of the hunt, I went off that idea and instead just decided to change out the mirror from a crazy parrot one that I disliked to something plain and simple, and vaguely 1960s.
And here it is: 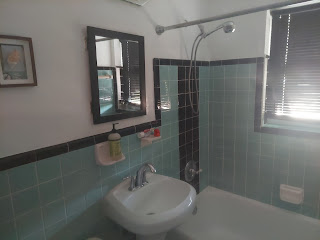 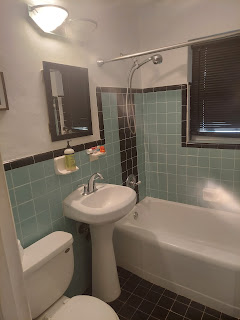 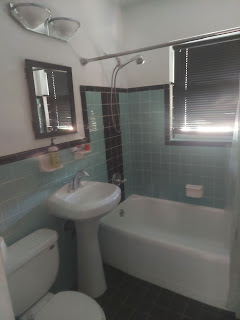 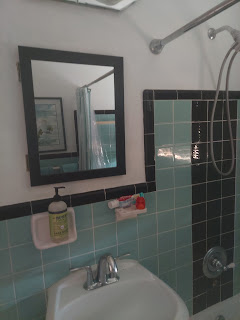