In addition to this post which is a full (or as full as I can manage) Trip Report, please check out my addtional posts about Chamonix:
Review of our Chalet
Post/photographs of town of Chamonix
Our snow holiday started in Dublin Airport.  Our flight was at about 8am so it was not too early of wakeup call.
As usual Dad dropped us to the airport - fair play he is great for the airport runs.
He stayed over in our house the night before which we meant we all just got up the next morning and headed straight for the airport.
We arrived at the airport at about 5.25am.
I look a bit pale (tired!) in this photo. 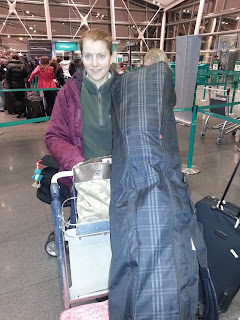 Snow report
﻿
Snow was phenomenal for the whole week.  Lots and lots of incredible fluffy snow.  The first few days visibility was not the best.  In fact on the first day or two you could barely see a few feet in front of you at some points.  This meant you had to go careful (slow) and stop a good few times....otherwise you could end up going over the mountain....eek!

But overall a phenomenal week of boarding.  We went to a new location practically everyday.
My favourite slopes were at Les Grande Montets.
Some mornings I took a break and caught up with our group later that day - it's a holiday afterall ;-)
﻿ 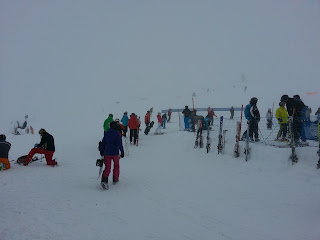 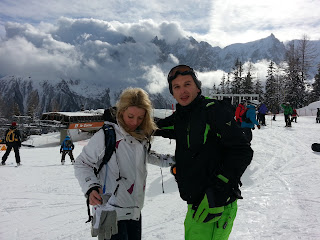 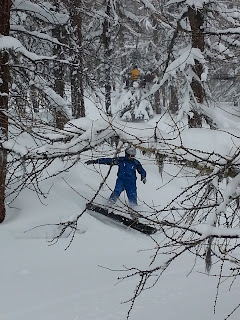 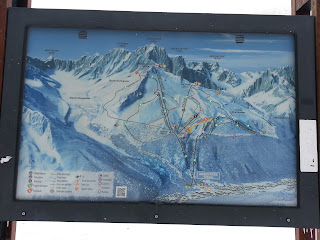 Apres Ski report
Oh god I am getting old!!!!  I am sorry to report that for me the Apres Ski becomes less and less important year on year.  I do LOVE those first few drinks straight after the last run and the excitement of discussing the day, but after that drinking late into the night doesn't have the appeal it used to have for me.
In my opinion for the best Apres Ski you need to go to Soll in Austria - which is where we went the first year and had the absolute craic!
The next year we were in Zell am See and the Apres Ski was depressingly dead - difficult to find bars to even have those important immediate last run/apre ski drinks.
Chamonix definitely has a lively Apre Ski atmosphere.
Be warned, this is France so it is expensive.  Particularly for me as a vodka drinker - poor me ;-(  So I won't lie to you I did engage in a "Crouching Tiger, Hidden Naggin" exercise.
See pics below of some Apre Ski.
It was all great craic but I was glad I chose to go home early(ish) on occasions.  And my head was glad the next day. 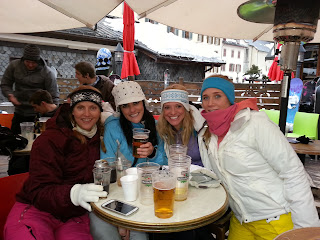 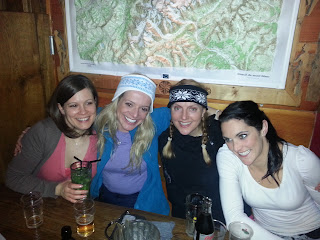 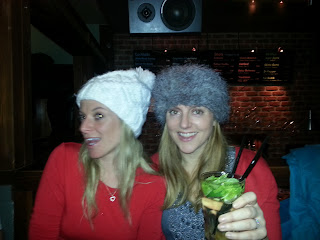 For me, this year some of the best times were spent chilling in our chalet.  We bought beer in the supermarket - if Apre Ski is very expensive, supermarket beer is ridiculously cheap - and had good conversations and great laughs!﻿ 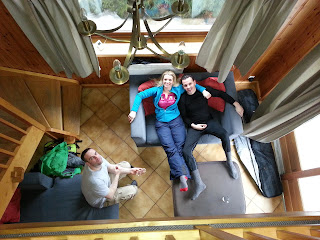 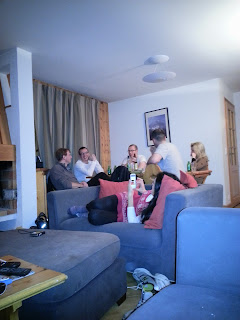 On two of the nights Chef Larry and Sue-Chef (geddit!) cooked and it really nice!  Fair play to them because it was with what limited French versions of our our food items they could find and also in a very small kitchen.  Plus we were a big group.
Thanks Sue & Larry ;-)﻿ 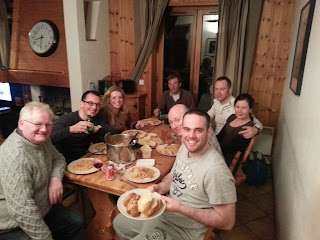 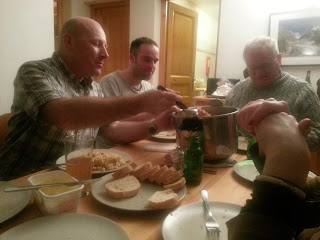 Doesn't it all look very rustic and gallic :-)
﻿Finally finally, I tried macaroons.  Meh I was not overwhelmed.
Don't get me wrong - very nice - but I don't get the obsession/fascination people have with then.
Nice and fluffy and chewy and creamy.  But possibly not sweet enough for me. 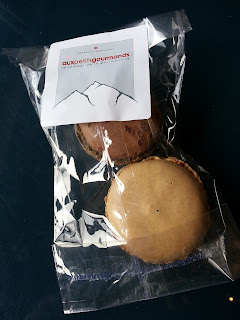 All in all, a fantastic holiday with fantastic people in a fantastic location.
I am looking forward to next year already.﻿
Posted by AmyDublinia at 14:38