On Saturday Enid and I joined the clean up group Friends of the Grand Canal and spent two hours picking up litter along the paths and banks of the Grand Canal.
It was a lovely bunch of people and a glorious day as you can see (which was strange because the day before which was the 1 September had been terribly chilly I thought).
We enjoyed some coffee and chats afterwards.  And Dublin being a small place we met a guy who we both had a mutual friend with - coincidentally enough we had previously been part of a clean up of the Royal Canal with the other friend.  If that makes any sense?!  The point is Small World! 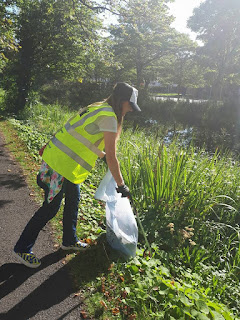 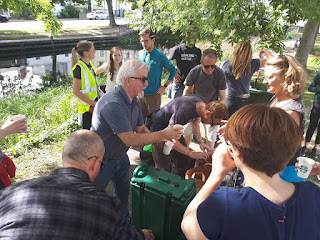 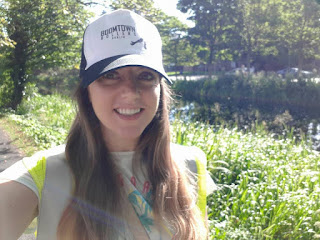