This morning I rose early and got loads of stuff done all before 10am.  Before I even took a shower I did a "power hour" of cleaning which worked really well - get the nasty stuff out of the way before the nicer Saturday stuff.
Later that morning I went around the shop to get some food for the weekend.  And in particular some ingredients for pancakes!  Low Carb/keto ones! 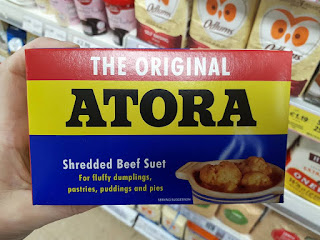 Some of the things you see in the baking aisle are funny.
Hellooo, 1950 called, they want their packaging back!!
Actually, on that subject, has anyone actually even used shredded beef suet since 1950?? 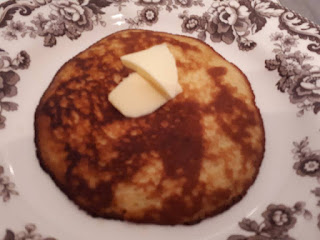 Et voila!
Almond flour pancakes. Not a bad way at all to start a Saturday!