I feel really lucky.  The first shot of my the two step vacccine (Pfizer) is in my arm.  I am the first person of my immediate family to get, which seems a little unfair but that is the way it is: it is pretty shambolic in Ireland at the moment.  My 92 year old grandmother has got it, but my mam and dad (early/mid 70's) are still waiting.

I've always been a fan of the regular flu vac.  In a blog post from 2012, I talk about getting it in work, and I continued with this yearly until I left Irish Life in November 2018.  This was a very similar process. It felt slightly quicker and less sore going in than I expected.  Going to bed that night my arm was a little tender for sleeping on (I took a tylenol) and then next day in work it was a little sore when I lifted it to a certain height.  That was it.  They say there are more side effects and reactions from the 2nd one, so we will see.

And the further good news is that Patrick has an appointment for his first one on Monday.  His mam and dad got their first one in Canada yesterday and I am happy about that.  A little bit like Ireland though, Canada is struggling. Instead of getting their 2nd one in three weeks time (like we will), Canada has decided that they will get that in a few months - instead they will focus on getting as many first doses into as many arms as possible.  I'm not sure I agree with this, but hey, what do I know! 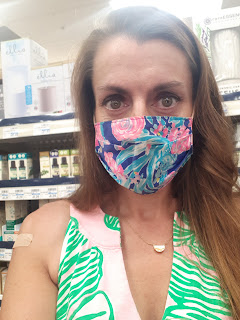 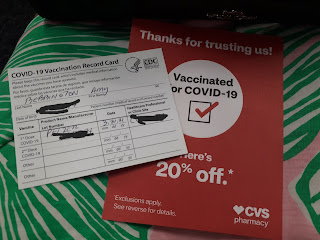 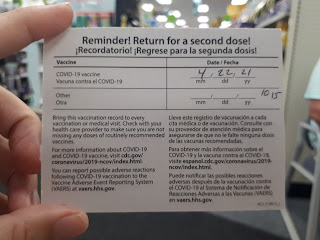 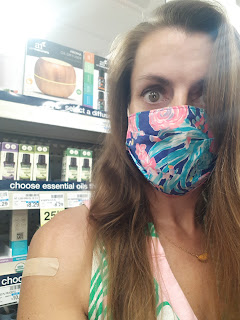 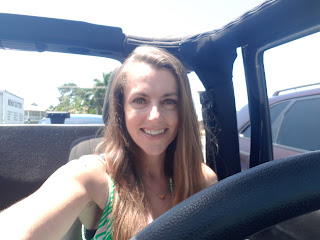 .
Happy, and grateful, driving home!  Thank you Science
Posted by AmyDublinia at 06:52