Last week I went for a flying visit to Galway for one night.

Primary goal was to see Katie in the Galway Musical Society performance of Rock of Ages.
Ok so I am completely biased but she was awesome.
Lol - totally biased! 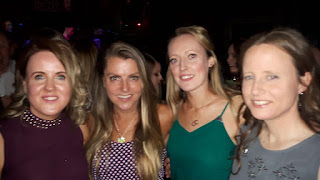 Secondary goal to catch up with my wonderful friend Laura - on the right of this pic in the grey.
After the show we had a great night in The King's Head where a great band was playing.  A total throwback to the trips (lots of them) my friends and I used to take when in our early 20's to Galway. 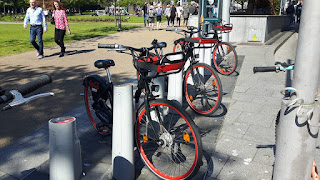 The next morning before my bus home I pottered around Galway.
I was impressed with their city bike scheme.  The bikes are similar to the Limerick ones, and they look like they are in great locations all around the city. 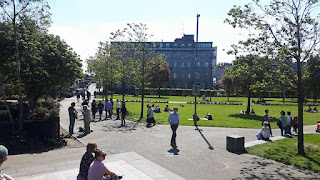 Eyre Square was lovely in the sun.
In the background you can see the Meyrick Hotel which was previously the Great Southern and hence was named The Southern Comfort hotel by myself and an ex of mine when we used to stay there.  Also in my early 20's like the trips to Galway mentioned above.
It will always be the Southern Comfort to me therefore :-) 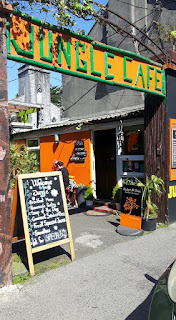 This adorable little café is near the bus station. 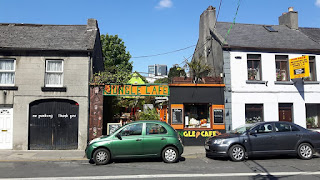 It screamed Key West to me  And I didn't catch a photograph but an old lad strolled past it in a leather jacket and a quirky captains sailing cap which also screamed Key West to me (you get all kinds of great characters on the rock!)
So that was it!  I departed the sunshine of Galway and arrived home to lovely sunshine in Dublin too.  I spent the afternoon and early evening chilling out in Merrion Square which is always lovely when the sun shines.