It's Pride week here in Key West so I have been partaking in the festivities and celebrations! 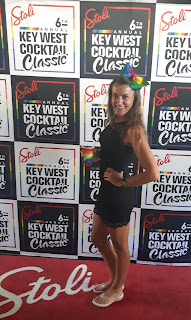 The Stoli event in Island House on Wednesday was a lot of fun! I look a bit tanned in this photo - I had spent the previous day at the beach snorkeling and sunbathing which was just fab! 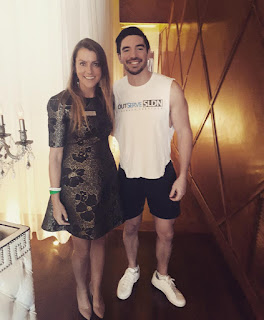 Steve Grand was playing in the Key West Theatre.  I was lucky enough to meet him at The Saint, he was a lovely fella!  And then the show that night was super. 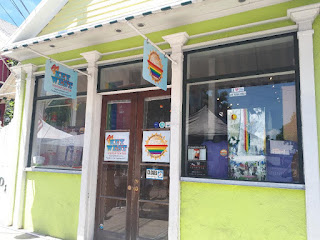 I checked out the (Irish artist) Pigsy in the window of the Key West Business Guild.  Doesn't it look great?!
And there in the middle of it is the representation of the Sea to Sea flag, with Gilbert Baker on a bicycle smiling at his creation...which leads me nicely to the next event. 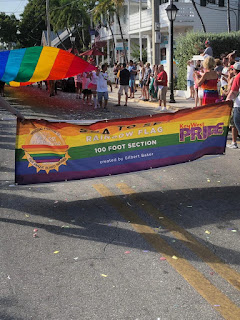 I walked in the Key West Pride parade carrying a section of the Sea to Sea flag. 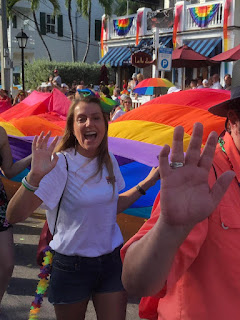 It was lovely.  Festivities aside there is a serious side to Pride, and it is sad that it is still needed in fact... My friend Megan said it best "I am privileged to be in this parade, and to be a supporter"
Yep. What she said.