Oz, The Great and Powerful

For a Sunday I was up early today!   Katie and I went into town to meet Enid to go see the preview of Oz, The Great and Powerful. 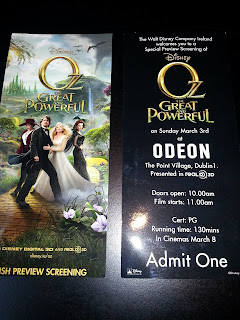 Enid was running a little late (Truth: our phonecall to her to see where she was actually woke her up!!!) so Katie and I went into the Gibson Hotel beside the Odeon in the Point Village. 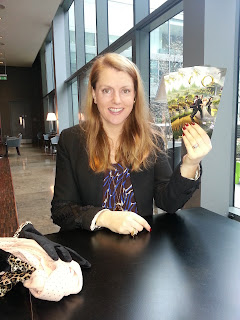 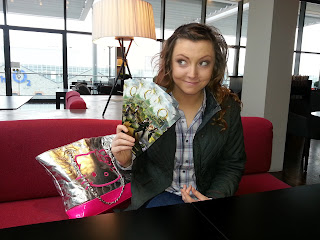 Katie pretending to be a munchkin from the film :-)
We then headed into the cinema where we followed The Yellow Brick Road!﻿ 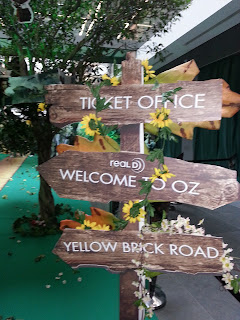 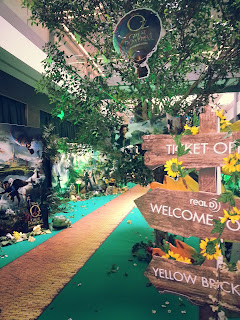 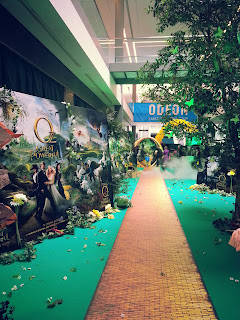 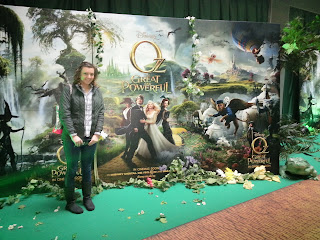 Katie and I laughed and laughed at this photograph.
She looks about twelve and that she is really happy with her big sister bringing her to the cinema! 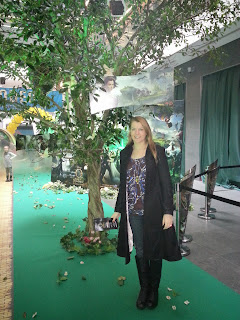 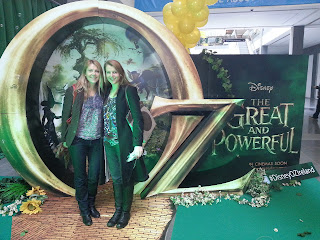 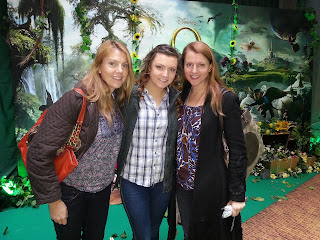 The film:
I LOVED IT!!!!!
But this afternoon I have since read alot of reviews which were very critical of it.  I find this really surprising...
From the first minute of the film starting I knew I was going to enjoy it.
For me it had a really nice old fashioned feel to it - I thought it nicely payed homage to the original Wizard of Oz film of 1939.  Some reviews made reference to the 1980's film Return to Oz - which I remember seeing in the cinema on first release - I always felt that Return to Oz was very "of the 80's" whereas this new Disney film felt timeless to me.
I loved the costumes - Mila Kunis was stunning in her first outfit of a wine fitted jacket and tight shiny (leather?) trousers with high heeled boots.  But the dresses I liked best were Glinda's gowns  (Michelle Williams).  In particular I adored her tiara!
I see from the reviews that James Franco is getting a bit of slating.  I thought he was fine!  Not exactly very likeable - but that's the point of the character he was playing.
Rachel Weiz was in fine form playing outside her usual "good girl" type characters.
Truth be told I thought Mila Kunis was a little bland as Theodora...but I did think her story was very sad. A real insight into how being treated badly by people can cause serious repercussions for the hurt person for the rest of their lives :-(
Michelle Williams portrayed the good Glinda perfectly perfect (can I say that?!).  What I am trying to say is she was perfect for the part.  And beautiful to boot.
The 3D effects were spectacular.  I do love films in 3D - aren't we lucky living in a time when this dream is a reality.
So all in all a really lovely morning out.  I'd thoroughly recommend this film.  Oh before I finish, how could I forget, a special mention for Finlay the monkey - he gave Katie, Enid and I some of our best laughs.
Well done Disney!
﻿
﻿