I recently read a great little book all about the makers of Paddington Bear in the late 70's, early 80's. It is the story of Shirley Clarkson (who is the mother of Top Gear's Jeremy Clarkson) and her company Gabriel Designs.  ﻿ 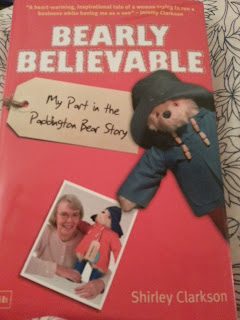 Paddington Bear always reminds me of my childhood because my twin sister and I used to love Paddington books.  When we were about 8 we went to a book fair in the RDS and entered a Paddington Bear competition which Enid won!
Her prize was a fantastic Paddington Bear teddy bear.
﻿ 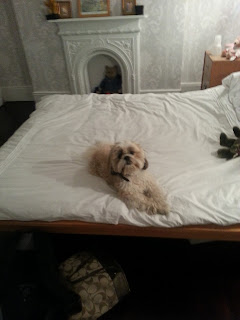 This is Enid's second bedroom and you can see Paddington Bear in the background behind Bones - in the fireplace where he currently resides.
﻿ 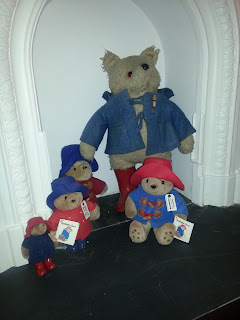 As you can see he resides with a number of little Paddington Bears...but none of these bears are as nice as the big one.  Big Paddington Bear is solid! While the small ones are soft plushes.
﻿ 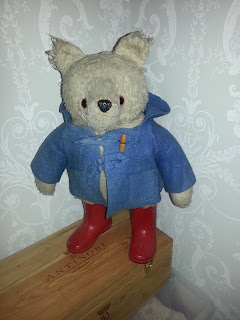 I think Paddington looks very smart in his coat and boots against Enid's lovely Laura Ashley wallpaper.
According to the book at the top of this post, last thing just before leaving the bear factory, Paddington would be given a little upward smack with the hairbrush to give him his uptilted snout/look!!!!!﻿
Posted by AmyDublinia at 09:39