This week in pictures and a few small accompanying words!

Gosh I have had a busy week/weekend so shall do a flyover post with some photos of the highlights - of which there are many! 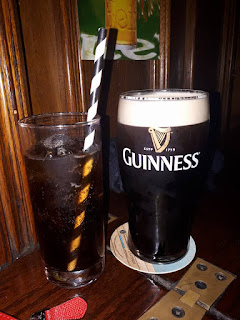 ﻿
A sampling of some local hostelries.  In particular the hospitality of Baggot Street - last weekend I had a drink in a combination of Toners, Doheny and Nesbitts, O'Donohues, McGrattans and of course my favourite Reilly's.  After 20 months of living on Merrion Street I finally have a local!  We also took a stroll down to the Grand Canal area (near the Grand Canal Theatre/Marker hotel and the Google and Facebook quarter) where we had a drink in Charlotte Quay. 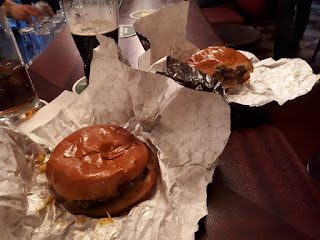 A visit to Mary's pub.
And burgers in Wowburger.  Mary's is a cute little pub off Grafton Street on Wicklow Street.  It's done up in the style of an old Irish grocer/pub/shop.  It actually sells hardware along with the Guinness!  It's cute but I wouldn't be rushing back.  I do like the way they have wowburger downstairs though I must say!  It's quick and handy and the burgers are decent. 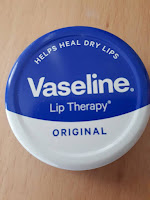 ﻿
Free Vaseline! Well kind of.  I realised I had none on my person while walking down Grafton Street so I nipped into Boots where the girl on the till helpfully pointed out that I had enough points on my boots card to get it with.  It takes ages to build up any kind of points to get something  so I must remember instead just to exchange them for Vaseline in future - if you know me you know I like to carry and use it all the time as my lips can get quite dehydrated. Also if you know me, you know I like free stuff :-) 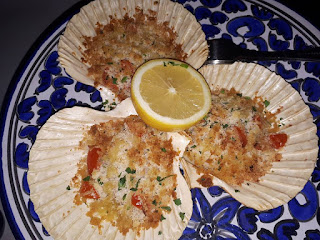 ﻿
Rosa Madre, Crowe Street
I simply cannot recommend this lovely Italian seafood eaterie enough.  A shared starter of baked (melt in your mouth) scallops were flavoursome and divine.  Then for my main I was very excited to try the seabass which was completely covered and baked in a crust of rock salt.  Once cooked it was brought from the kitchen in the baking tray, shown for inspection and then taken away to be chipped out of the salt shell, fileted nice and neat, before being returned to the table for eating.  It was a plain white fish - simple and succulent with nice flavour from the salt and lemon oil. 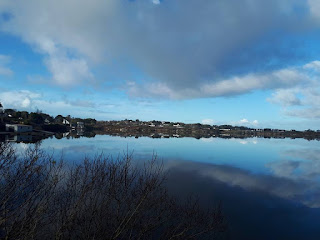 Cottage in Connemara.
I had the BEST little mini break in Galway.  In fact the only criticism was it was too short.  Look at that beautiful lake (right beside the house where I stayed).  How beautiful is it?!! 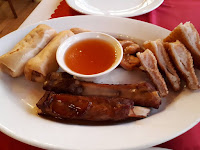 ﻿
Culchie Chinese food in Connemara :-)  A sharing platter of satay chicken, bbq ribs, spring rolls and sesame prawn toast. To be fair it tasted much better than it photographed. And it was a fun evening with lovely company!

DM from a blog reader.
I received a lovely DM tweet from a reader of my blog telling me they had recently got involved the pro-choice movement and saying how helpful they had found my recent Repeal the 8th blog post.

Paleo soup
Do you remember my recipe for sweet potato and chorizo soup?  I made it again this week and loooooved it. 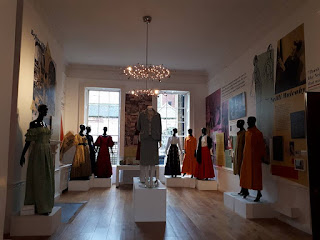 ﻿
Little Museum of Dublin.  This morning I nipped to the LMoD to see an exhibition on Irish fashion which is due to close soon.  The 50s and 60's really were the heyday for exports of beautiful Irish design and materials (tweed).  Sybil Connolly as always is my favourite designer of that period.  Classic and elegant.

All in all, I've had an action packed and FABULOUS few days.  Here's to some further fabulous days in the near future!

Posted by AmyDublinia at 08:20 No comments: