Greetings to all who have arrived at my blog via the Ikea online magazine!

I'd be delighted it you'd stick around and have a read of my blog and leave me some comments :-)  Even better I'd love if you would add me and follow my blog!  If you leave a comment below with your blog details I'll be sure to follow you back!

So as I said, please stick around and have a little nose around.  For your convenience I have listed some of my personal favourite blog posts from the last year or two that might be of interest to you!

Anything below sound interesting to you?  Just click on the link!

2.  This is my twin sister's (Enid) blog:
The blog charts a massive project to regenerate her and her husband's derelict Victorian house in Dublin, Ireland. It's a really interesting record of the project from start to finish. Enjoy!

5. Ladies - a lifehack or "tip" that will save you time and change your life :-)

7. New York city - review of a Broadway play and photos of the cast afterwards (Charlotte from Sex and the City!!!)

9.  A cocktail recipe - and full instructions - I swear you will thank me forever if you learn how to make this for yourself!

10.  The original designs for what formed the basis of what you saw in Ikea online
Posted by AmyDublinia at 04:47 2 comments: 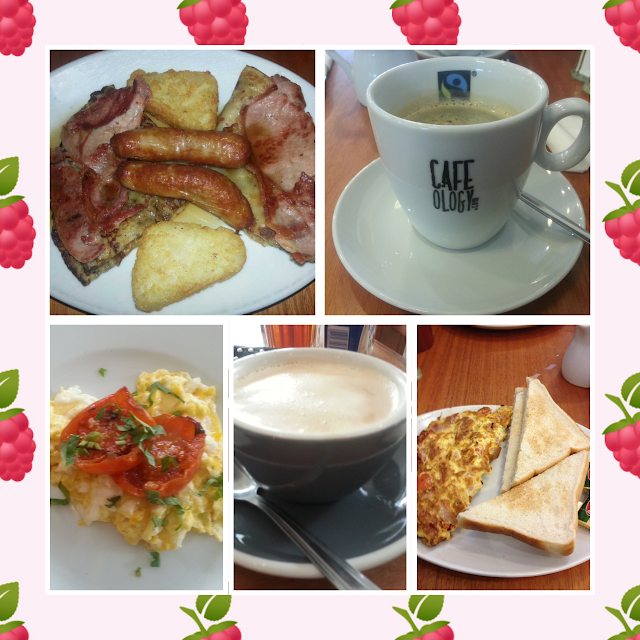 Okay so here are two of my top recommendations for breakfast in Dublin.

If you want a fantastically flavoured greasy humongous breakfast then get yourself into Hobarts in Ranelagh.  See top left and bottom right pics above.
They do good coffee too!

But if you want a fantastically flavoured full of feelgood type of breakfast you need to try out the Fumbally Cafe. They don't have a huge menu but my god what they have on it is great.
They do good coffee too!
But be warned, they don't open on Sunday's :-(
Posted by AmyDublinia at 11:04 2 comments:

I think by now you all know how obsessed I am with Ikea :-)

I love going to the Dublin store and pottering around and of course I looooove their furniture. As regular followers of this blog know, I did a recent refurb of my house and used a lot of Ikea!

So I am very excited to tell you all that I am going to be in the Ikea online magazine!!! A little mini-feature with a photograph of myself and Harry the cat and some of my refurbed rooms.  It is due out on the 25th of February and of course I shall be sure to post a link for you all once published.

Edit.
And here it is!
http://www.ikeafamilylivemagazine.com/ie/en/article/36611

^^^
Click on the link above and you can see me, my house and my big fat cat Harry!
Posted by AmyDublinia at 13:39 2 comments:

I love the docks area of Dublin 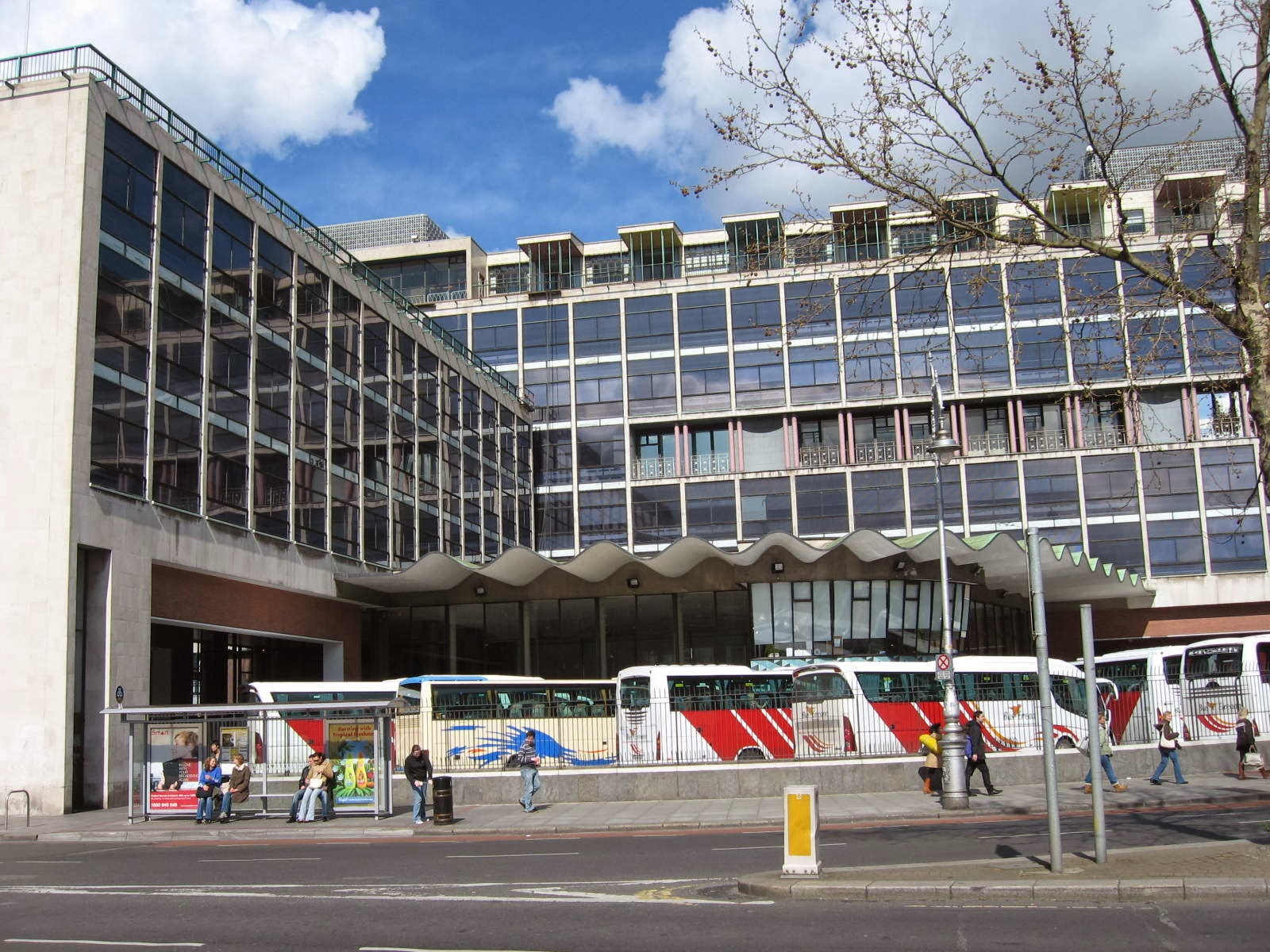 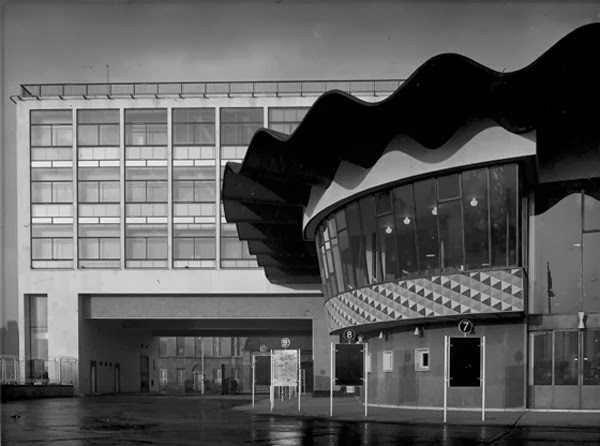 The waves of Bus Aras 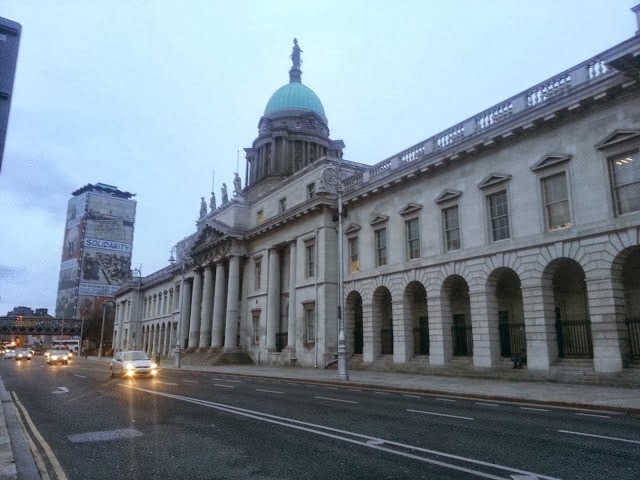 beside the straight lines of Liberty Hall 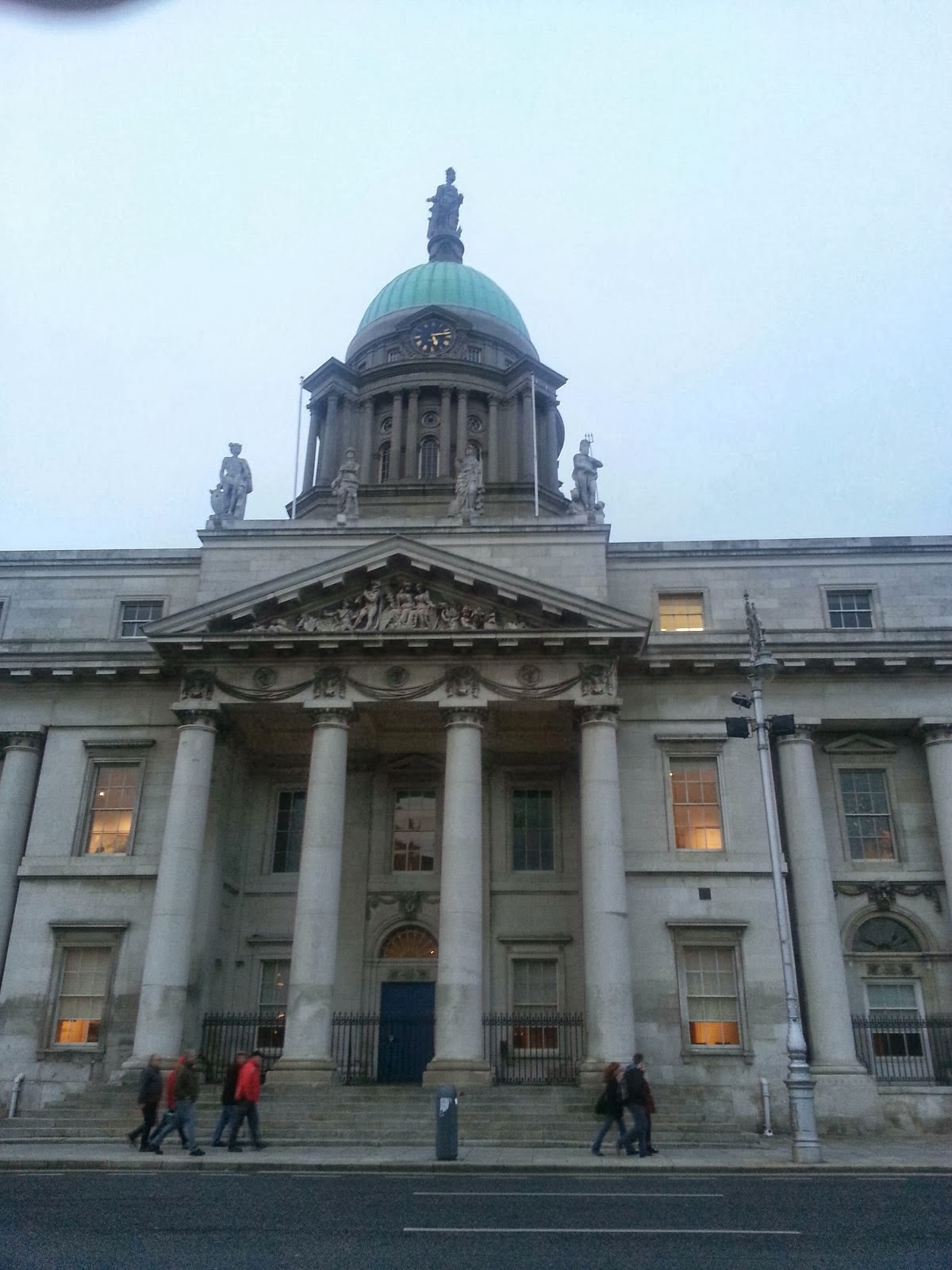 beside the curve of the dome of the Custom House. 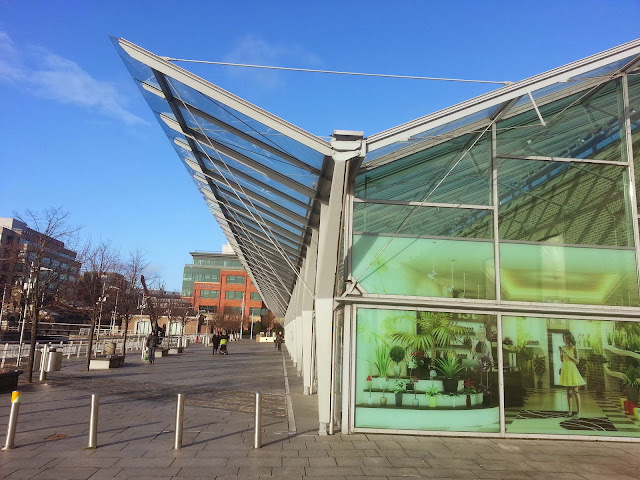 Dublin, where an old warehouse is transformed and the slanted shape of the roof extends upwards 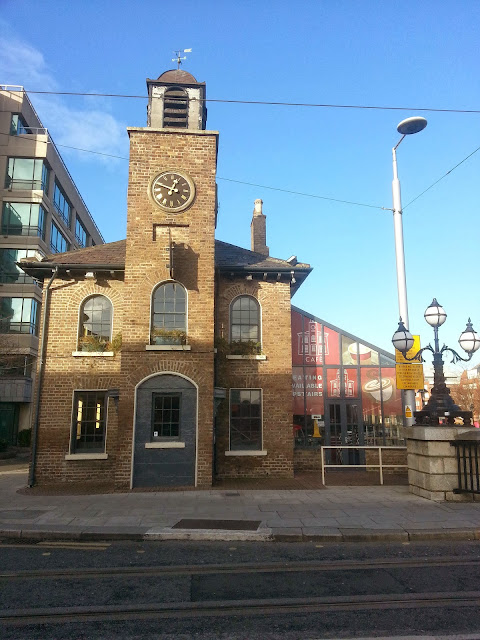 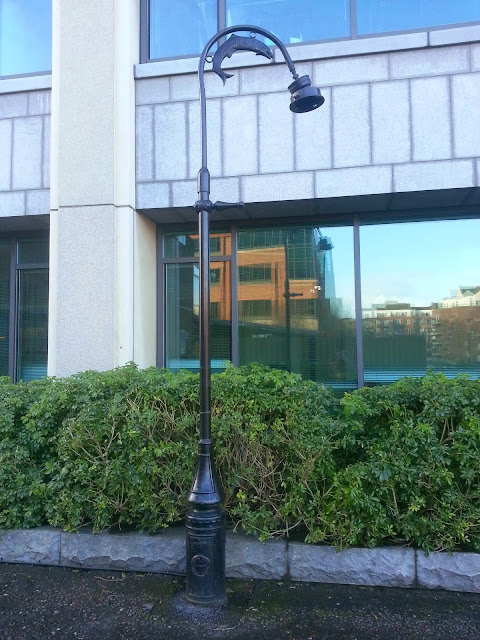 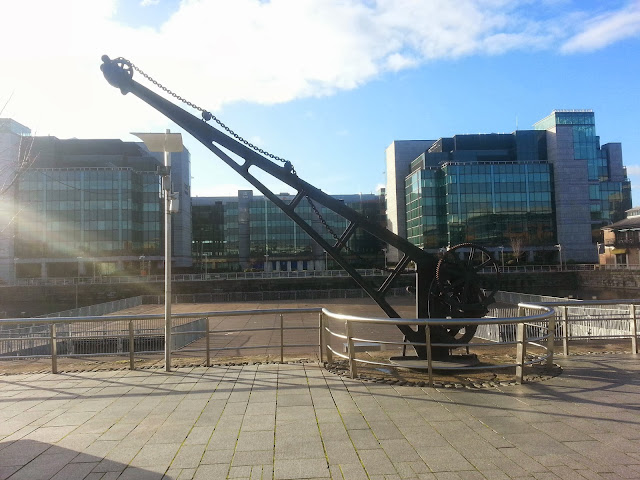 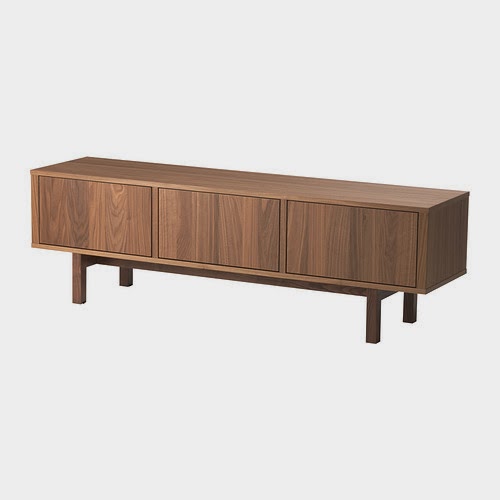 I have been waiting on this TV unit to come into stock in Ikea, oh since only about October!!!!
And it's still not in stock - and no prediction of when it will be in stock.

SO!
As much as I love this "Stockholm" unit I cannot wait any longer and I have started looking for alternatives.

Enid told me about a cool place called Table Lighting Chair who sell old vintage restored furniture so I went out to have a look last week.

Table Lighting Chair is located down a lane in an old shed and they have some very cool stuff. They didn't have anything quite to my taste/liking though.

However the guy suggested instead that they will make me a piece to my specifications!  How cool!
Watch this space!!!!!  I will post pics when it is complete.

Due to the bad weather (cold and rain) and due to the amount of people homeless on the streets of Dublin the Civil Defence have been requested to run an emergency/temporary hostel.

It makes me sad to think of the homeless problem we have, but it was heartening to see the support and set-up by the Civil Defence.  They have a big hall with 20 camp beds. Every tenant for the night gets a towel, soap, shampoo (showers on site) and a sheet, pillow, blanket and sleeping bag.  As the Civil Defence man said "it's not the Ritz, but....."

But it must be so much better than sleeping on the streets.  They also are provided with soup, sandwich and tea or coffee.

The temporary hostel will probably run for another two weeks over the cold spell.   And after that it is back on to the streets :-(

Edit.
See comments below - scheduled to run until the end of March
Posted by AmyDublinia at 14:03 8 comments:

For the last three weeks a large debate about homophobia, gay marriage and gay adoption has been raging.

It all started when a man named Rory O'Neill (alter ego Panti Bliss) was interviewed on a primetime chat show RTE's "The Saturday Night Show" and spoke about the homophobia he encounters in his life and sees in newspapers etc.

When asked to name these homophobic people by the presenter (Brendan O'Connor) he named Breda O'Brien, John Waters and The Iona Institute.  He then finished with the immortal line "FECK OFF OUTTA MY LIFE IONA INSTITUTE".

Post this interview (and extremely quickly!!!) RTE apologised on tv to the named people and paid a large sum of money (apparently €85k) to them all.

In response to all of the above this is what Panti has to say - I URGE you to take 10 minutes out of your life to watch it.  I truly believe it is a hugely important speech for gay rights and my god did it break my heart.


You can also click here for a link to Panti's video.
Posted by AmyDublinia at 12:28 No comments: