What a wonderful weekend!  From start to end there were many great moments, culminating with the first showing of Mike Andrew's superb documentary film about my brother in law Pigsy at the Galway Film Fleadh.

First of all on Saturday I spent the day getting some zen in the beautiful lakehouse in Connemara.  This cottage has a varied and interesting history.  Built in 1906 by the Congested Districts Board as a knitting school, it served to provide an income for women from the area.  Then in the 1970's its owner at the time, the film maker Bob Quinn, ran both his film production company Cinegael and a cinema from this house.  Yes, you read that right!  A cinema!  Can you imagine? 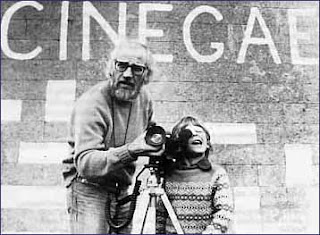 After a lovely few hours pottering around the cottage I headed back into Galway to meet with Enid and Ciaran.  We were staying in the Ardilaun hotel as they had Bones with them and the hotel is dog friendly.  On our way to the bar for a drink, Ciaran was walking down the corridor with Bones ahead of Enid and I.  He turned around to say something to us and was greeted with THIS SIGHT! 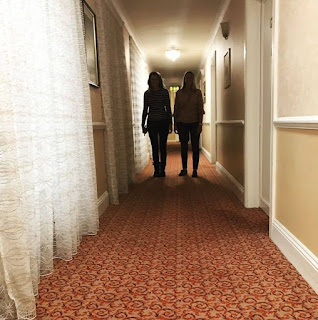 Do you get the film?! :)))
And now the final film reference of this blog! 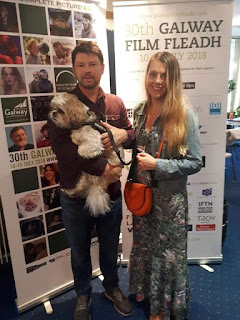 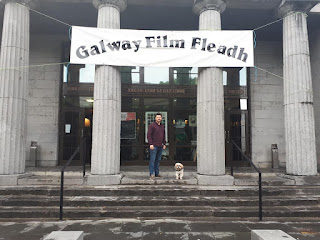 Mike's film is a beguiling little short.  Ciaran has a wonderful story to tell - which I won't share, better you see the film yourself - and his telling of it in his own unique way, through his artist self Pigsy, charmed the audience.  The film was recognised warmly with a huge round of applause at the end.  I am proud to know both Mike and Ciaran.  Great work done by Mike and his beautiful capture of Pigsy, and Ciaran is to be admired for putting himself and his story out there for all to see, enjoy and to be inspired by.
I look forward to Pigsy's next move!
(Watch this space!)
Posted by AmyDublinia at 13:18