Elvis: That's The Way It Is - Special Edition

Just before covid19 hit and the cinemas closed one of the last films we saw in The Tropic cinema here in Key West was the Robbie Robertson documentary about The Band "Once Were Brothers".

The Tropic is (softly) reopened, and when I saw an ad on facebook for the re-release of "Elvis: That's the way it is", and that it was playing in the Tropic.....well I just hopped on it and bought two tickets.

It felt incredibly safe in the theatre....well there was only us and two other couples there! Great for us, but I do worry how the cinema will survive with that kind of attendance. 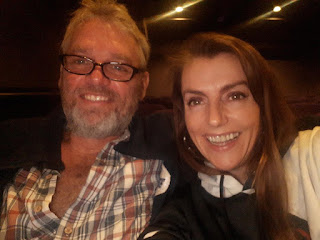 What was really cool is that the major of the film is clips of (full songs) of his Las Vegas concerts so, as Patrick said afterwards, in a bizarre pandemic kind of way it felt like we were at a live show. It is as near to a live concert you will get right now so we will take it I suppose!

We both really enjoyed the gospel songs part of the show so went online and ordered a CD of them.  Best deal was to also get his number 1's also.  And then, I went the whole hog and ordered a cd of The Band also. Spent the afternoon today listening to them while swimming in the pool. Pretty good afternoon me thinks!